The Importance of Spiritual Wellness for Healthy Psychological Functioning 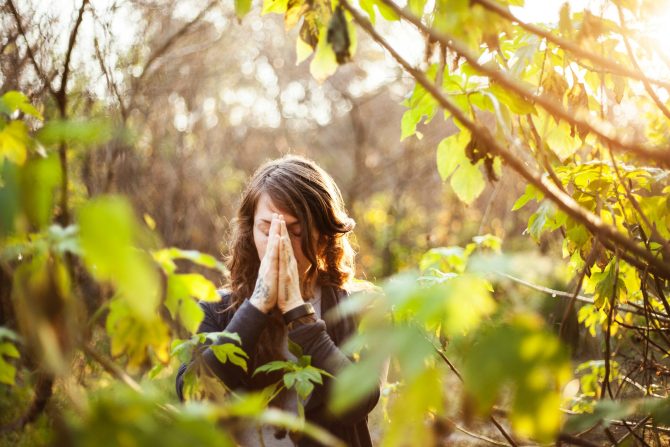 The Importance of Spiritual Wellness for Healthy Psychological Functioning

Spiritual wellness, the measurement of the key aspects of spirituality has it roots in psychological and medical wellness research. Both the psychological and medical research communities began to call for holistic approaches to well-being or wellness in the 1970s. Wellness is thought to include physical, intellectual, emotional and spiritual health.

Although the medical wellness movement can be credited with coining the term spiritual wellness, psychological research studies are responsible for providing the impetus for studying this concept. In order to attain a complete understanding of spiritual wellness, a critical examination of its emergence in literature must be conducted, starting with the concept of spirituality.

Spiritual wellness is defined in the psychological literature as an ongoing search for meaning and purpose in life, an appreciation of life, a belief in higher universal powers, and a system of personal beliefs. Spiritual wellness represents the openness to the spiritual dimension that permits the integration of one’s spirituality with the other dimensions of life, thus maximizing the potential for growth and self-actualization. Spiritual wellness includes the components of meaning and purpose in life, inner resources, transcendence and positive interconnectedness.

The First Component of Spiritual Wellness

Meaning and Purpose in Life

For Victor Frankl, finding meaning and purpose in life is regarded as an innate human need and the motivating force behind living. Later psychologists have referred to meaning and purpose in life as the process of searching or engaging in events or relationships that promote self-worth, hope and reasons for living. This process also includes engaging in personal experiences that are unique to each individual in specific ways that change throughout time and across situations.

The Second Component of Spiritual Wellness

Inner resources as defined refers to using an internal orientation to discover one’s identity, wholeness and empowerment. It also refers to knowing and relying on one’s inner strengths; being at peace with oneself; and going inside oneself for guidance.

The Third Component of Spiritual Wellness

Transcendence as defined by Maslow, is  the focus on a relationship with a higher being or force. Maslow described transcendence more broadly as “an end rather than a means, to oneself to significant others, to human beings in general, to other species, to nature and to the cosmos” . This broader definition and the use of many forces is validated by a definition proposed by Rollo May as a belief in a creative ground for all being or universal forces.

The Fourth Component of Spiritual Wellness

The relationship between Spiritual Wellness and Psychological Functioning

Research has actually shown that to enhance mental health and improve psychological well-being, a spiritual practice is needed.  Jung was among the first to emphasize the importance of spirituality in enhancing psychological functioning. Upon reflecting on the hundreds of patients he treated, Jung believed that each “ fell ill because he lost that which the living religions of every age have given to their followers, and none of them has been really healed who did not regain his religious outlook”. Jung  believed that neither intellectual nor moral insight was sufficient in overcoming the “blandishments of the world”. The essential element in overcoming these “blandishments” was discovering a healthy spiritual perspective and an “inner transcendence.” For Jung, it was pivotal to develop an understanding of one’s connection to a purpose beyond ourselves.

Perhaps more than any other researcher, Victor Frankl emphasized the role of spirituality as human’s most important quest and gracious gift for alleviating psychological dysfunction. Frankl also emphasized the innate need for humans to find “meaning” in their lives in order to live a healthy, well adapted life.

Frankl asserted that the major neurosis of the modern era was an “existential vacuum”, or meaninglessness. Frankl  developed the method of Logotherapy for coping with a sense of meaninglessness and to transcend this state. Logotherapy as defined by Frankl is the rediscovery of personal values and coming to an understanding of God as the most valuable source in life. Frankl’s  seminal contribution to the role of spirituality in psychological wellness was the recognition that one’s personal belief that life fulfills some higher purpose and serves some higher power is of “enormous psychogenic value.”