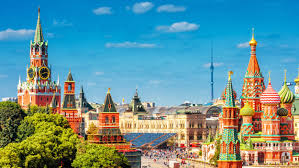 The professional practice of psychology in Russia is an emerging discipline with a colorful history and exciting implications for the future. My experience living and working in Russia for two years has taught me that that Russians are keenly interested in self-development and emotional wellness. However, their culture and tumultuous history has not always permitted a sustained commitment to the advancement of the ideals of self-development through the practice of professional psychology. In this article, I will discuss current trends in the field of psychology in Russia, its past contributions and the exciting future related to the evolution of psychological practice.

Modern psychology emerged in the early 1900s in industrialized nations such as the United States, Germany, and the United Kingdom. Notable early figures in psychology include Sigmund Freud, Karl Jung, Alfred Adler, John Watson and B.F. Skinner. These early contributors to psychology emerged in societies that held individualism as a core value. Whether their orientation was psychoanalysis or behaviorism, psychology in western societies was permitted to evolve, as it promoted the importance of the individual through self-development.

During the early 20th century, the nation known today as Russia was the center of communist USSR which espoused an antithetical philosophy. Individualism was discouraged and the importance of promoting the collective good was the essential ideology governing intellectual movements. Despite the discouragement of individualism, Russian psychologists made important contributions to psychology.

Lev Vygotsky’s Cognitive Development Theory continues to shape the child development theory and the education field today. Vygotsky postulated that social interaction is fundamental to cognitive development. The seminal component to this theory, the Zone of Proximal Development, refers to the difference between what a student can do without help and what he or she can achieve with guidance and encouragement from the teacher or peer. Vygotsky’s Zone provided the framework for the modern education practice of scaffolding which is used in classrooms around the world.

The contributions of Russian psychologists such as Vygotsky and Pavlov shaped modern psychology and has an enormous influence in in the subfields of developmental psychology, cognitive psychology and in education.

The current professional practice of psychology in Russia looks different than in Anglo countries. For example, the United States, United Kingdom, Canada and Australia have specific licensing standards for psychologists. Psychologists in these countries typically complete a doctoral program and two years of supervised internships before they are granted a license. In addition, psychology candidates are required to pass national licensing exams, including a jurisprudence and ethics test. The professional practice of psychology is a recognized and regulated profession with specific requirements to ensure consumers receive quality services.

Russia does not require the same standards for practice. There does not appear to be specific guidelines and requirements for psychologists offering their services to the community. A Russian psychologist typically completes university studies or attends a psychology institute prior to practice. However, the requirements are far less stringent than in developed nations.

With consideration to the current trend in professional practice, it is important to highlight that the modern Russian Federation is less than 30 years old. Standards for all disciplines in Russia are evolving. The practice of psychology continues to advance and gain trust from the public.

Psychology as a professional discipline is an emerging field in Russia. For good reasons, Russians during Soviet times were cautious about entering into self-development endeavors. Divulging sensitive, personal information about their psychological functioning was dangerous. The stigma of having psychological difficultiy is transforming into the recognition that self-examination for the purpose of emotional wellness, holds the upmost importance.

I anticipate an exponential expansion of psychology in Russian life that will be an integral influence in promoting overall health in the population. The practice of psychology in Russia is in an adolescent phase, perhaps akin to its status in the United States during the 1950s and 1960s when society was beginning to transcend the social stigma associated with therapeutic support for psychological wellness.  However, considering the proliferation of need and desire for self-development among Russians, we can expect psychology to emerge as a vital discipline; one which is respected and considered essential in supporting the health of its citizens.