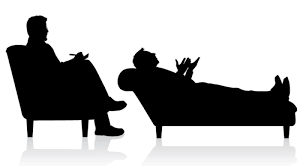 Research has actually shown that to enhance mental health and improve psychological well-being, a spiritual practice is needed. Jung was among the first to emphasize the importance of spirituality in enhancing psychological functioning. Upon reflecting on the hundreds of patients he treated, Jung believed that each “ fell ill because he lost that which the living religions of every age have given to their followers, and none of them has been really healed who did not regain his religious outlook.”

Perhaps more than any other researcher, Victor Frankl emphasized the role of spirituality as human’s most important quest and gracious gift for alleviating psychological dysfunction. Frankl ( emphasized the innate need for humans to find “meaning” in their lives in order to live a healthy, well adapted life. Frankl asserted that the major neurosis of the modern era was an “existential vacuum”, or meaninglessness.

Frankl  developed the method of Logotherapy for coping with a sense of meaninglessness and to transcend this state. Logotherapy as defined by Frankl is the rediscovery of personal values and coming to an understanding of God as the most valuable source in life. Frankl’s  seminal contribution to the role of spirituality in psychological wellness was the recognition that one’s personal belief that life fulfills some higher purpose and serves some higher power is of “enormous psychogenic value.”

Meaning and purpose in life

Decades before existentialists, Jung  wrote “among my patients from many counties, all of them educated persons, there is a considerable number who came see me, not because they were suffering from a neurosis, but because they could find no meaning to life. Meaning and purpose in life was recognized by Frankl  as an innate human need.  For Frankl, man has an innate need to finding “meaning” in order to live a healthy and a well adapted life. Frankl and Maslow asserted that the self-actualized person has found meaning in life.

Cognitive behaviorists such as Beck and Seligman have found that a lack of meaning in life is associated with depression. Beck  found that patients who suffered from depression had a sense of futility and lack of reason for living. These existentialists, humanistic psychologists and early cognitive behavioralist espoused that depression was related to a lack of meaning and purpose in life. These assertions were predominantly theoretical and not supported with empirical research.

It is essential to pay particular attention to the level of meaning and purpose in life with clients who are at risk for developing depressive symptoms. In order to incorporate this component into a therapeutic relationship, the psychologist must believe in the fundamental premise that a spiritual practice is needed in order to enhance psychological well-being. Psychologists would benefit from being familiar with the works of influential figures such as Jung, May, Erickson and Maslow with regard to how the development of spirituality enhances psychological health.

With regard to the actual practice of incorporating spirituality into practice, psychologists are directed towards the writings of Victor Frankl, founder of Logotherapy. For Frankl, the discovery of meaning and purpose in life is the most important aspect of spiritual development and therefore the ultimate objective of psychotherapy. The practice of Logotherapy would help clients create and discover a sense of meaning and purpose in life. Those who have a found a deep meaning and reason for living are less likely to be depressed and more likely to live a healthy and well adaptive life, according to the practice of Logotherapy.

Victor Frankl who survived years of incomprehensible suffering during the Holocaust was greatly influenced by existential philosophy, particularly the writings of Friedrich Nietzsche. Frankl often used Nietzsche’s adage that “he who has a why to live for can bear almost any how” to illustrate the simple tenant that if one finds meaning and purpose in life then he or she can adapt to any of life’s burdens or challenges.