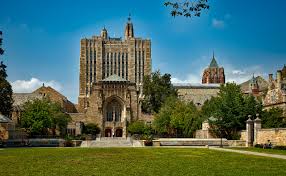 The college admissions scandal has garnered more attention this year than perhaps any other domestic event. Media coverage has provided us with in-depth coverage on the scandal, thus shedding light on corruption, privilege and entitlement that is represents a ubiquitous problem in American society. It is one event that has received criticism from both sides of the American political spectrum.

In a nutshell, wealthy American parents from the world of Hollywood and corporate power, bribed University and SAT officials to gain admissions to prestigious universities for their children. This controversy is at the heart of current political and cultural debate regarding inequity in society.

The alleged perpetuators are facing severe legal penalties from federal prosecutors. The social condemnation and damage to their careers is immeasurable.

While most Americans reacted with shock and dismay, I was relatively unsurprised when news of the scandal broke. Most of my career was spent working with affluent parents. Over the course of my career, I witnessed the enormous lengths parents of means would go to “rig the system” in favor of their children. Condoning and even facilitating academic cheating, seeking and obtaining every possible educational advantage (even when not warranted), and bullying educators to give higher, unearned grades to their children have all been too common in my professional experience.

Since the founding of our Republic, privileged American families have parlayed their positions, connections and financial means into securing success for their children. Endowments to universities is a subtle and effective way that wealthy Americans have ensured their child’s admission to prestigious universities. The recent events have illustrated that many parents have taken it a step further through outright bribes in attaining desirable please for their children in top tier colleges.

The reprehensible behavior illustrated in the present scandal elucidates interesting dynamics at play in our society. The following are lesson learned from the recent college admissions scandal.

Corruption is age old and widespread in America

While I relate with the outrage of the scandal, I am surprised at the dismay. Corruption is at play in every aspect at American society and it has a long-standing history. Americans politicians often condemn developing countries for corrupt political processes. Developing nations are familiar with underlying corruption that plaques its citizens to this very day. A recent example is how the newly elected President of Brazil helped conspire to imprison the widely popular former Brazilian President Lula, ironically justified by Lula accepting small bribes.

Corruption in American society takes a subtler form, conducted by highly regarded political and economic experts, know as lobbyists. The quid pro quo relation between corporations and politicians, aided by lobbyists is right in the open of our society and frequently lauded.

This has been the natural order of things for a long time.

It is well established that the true victims of this scandal are the students who lose out on opportunities at universities due to a lack of money and connections. This scandal has illustrated that America as a meritocracy, is a farce.

In the United States, public schools receive over 80 percent of their operating budget from local taxes. Affluent communities can afford to hire better teachers, have smaller classrooms and better facilities. Educational research clearly demonstrates that all of these factors influence student achievement outcomes. Disadvantaged communities can’t compete and offer the same quality education. The inequity of the educational system starts from the first day a child enters the classroom and augments with time. Until schools are funded on an equitable basis, the idea of a meritocracy will remain a myth.

With the exception of a few firings of university staff, the Universities as a system were not held responsible, even at a minimum of incompetence in allowing this corruption to occur. Universities have powerful political allies and they were essentially given a pass on accepting any responsibility.

Universities have become afraid of their students

In addition to their at least passive role, most students in the scandal were not held responsible for their roles. It is unimaginable to believe that the involved students did not know that they gained admission through unethical channels and on their own merit. Failing to expel these students, fundamentally perpetuates the continuation of this unethical behavior. Once the beacon of American integrity, universities have devolved into institutions that fail to instill ethnical principles in young minds.

A recent example is seen in Harvard’s response to student protests of a Harvard Law professor for representing Harvey Weinstein. Professor Ronald Sullivan, Jr was relieved as faculty dean, due to his role as legal counsel. As disgusting and reprehensible Weinstein’s transgressions (alleged) are, our Constitution affords all citizens with the right to legal counsel, no matter how deplorable the act. Harvard Law professors have a long-standing history of legal practice, notably Professor Alan Dershowitz for representing O.J. Simpson. Terrorists and murderers are given the right to legal representation.

It is nothing short of a miracle that we have evolved to have an adversary legal system where the State has the burden of proving guilt. Harvard’s acquiescence to a few noisy students is an example of how universities have become afraid of their own students. Failure to stand up for a landmark tenant of democracy illustrated just how far these institutions of higher learning have fallen from upholding American values. We can no longer count on universities to promote standards of ethical behavior.

The outrage expressed from the scandal hits at the heart of every American who believes that access to higher education should be based on merit alone. Americans need to demand from their elected officials to fund public education equally so that all children have access to quality education, not just the rich. Until the education system is fundamentally changed to support children from all economic backgrounds, money, power and social influence will continue to create an inequitable system, rewarding the privileged.